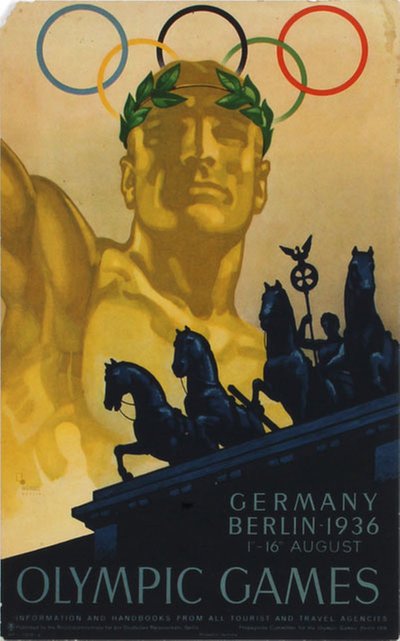 
The official poster for the 1936 Olympic Games in Berlin was chosen through a competition. The first prize was awarded to the Dresden artist, Willy Petzold, whose design, an antique bronze head bearing a wreath of victory, was inadequate for the official Olympic poster although it appeared to be suitable for publicizing the Olympic Art Exhibition and was later used for this purpose.

The Publicity Committee, which was responsible for advertising the Games, then assumed active charge of the selection of an official poster and engaged a series of artists for this purpose.

From the designs submitted, that of the Berlin painter and graphic artist, Würbel, was finally selected. His poster revealed the quadriga of the Brandenburg Gate as the landmark of the host city, Berlin, and behind this the shadowy figure of a wreathed victor with his arm raised in the Olympic greeting, this symbolizing Olympic sport. The five rings were also included in the background and the words, “Berlin 1936, Olympic Games, 1st-16th August,” were inscribed in the capitals of the Brandenburg Gate.

This is the small version that was issued in 14 languages. This is the English version.

This is an Original Vintage Poster. It is not a reproduction.
Price:
US$115
Buy now
Other currencies: 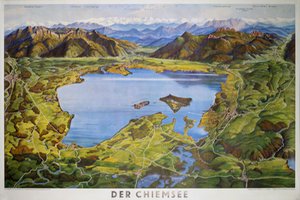