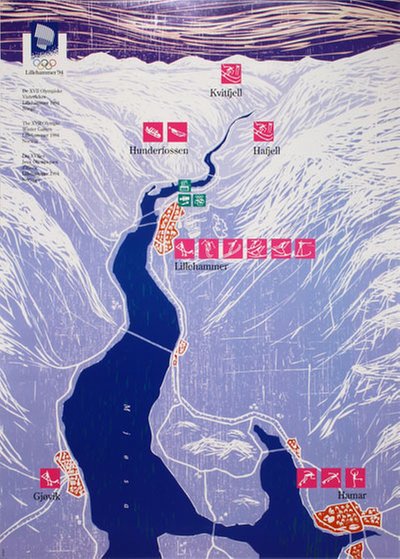 This is an original poster from the 1994 winter Olympics in Lillehammer showing the pictograms and venues on a map.

All the posters, produced following the rules of the Lillehammer Games design programme, were meant to incorporate three main aspects : Norwegian originality and particularity, human contact and contact between mankind and nature.