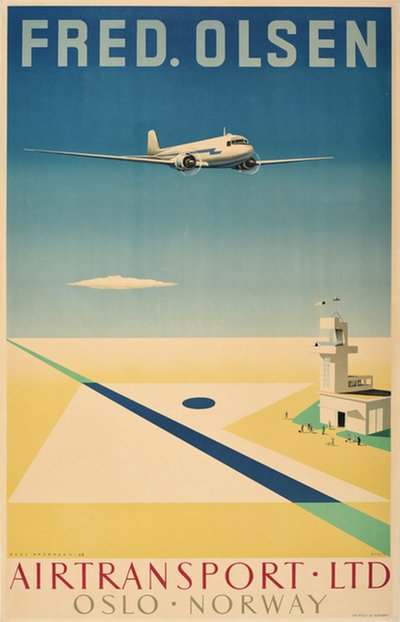 Fred. Olsen Airtransport, was a Norwegian charter airline which operated between 1946 and 1997, largely operating cargo aircraft. Based at Oslo Airport, Fornebu, it was created as a spin-off of Norwegian Air Lines and was part of Fred. Olsen & Co., which owned it through its subsidiaries Ganger Rolf and Bonheur.

The poster depicts a with Douglas C-47 aircraft in the air over Fornebu air airport and the Fred. Olsen flag is making the runway.

In very good condition. Age bleached. This has been in one of Fred. Olsen's offices. Mounted on linen. A very rare poster to find!

This is an Original Vintage Poster. It is not a reproduction.

The poster is on hold by a customer.

Let us know if you are interested if it does not sell. mail@posterteam.com
Remember you can subscribe to our Poster Alerts! 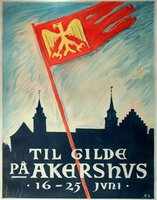