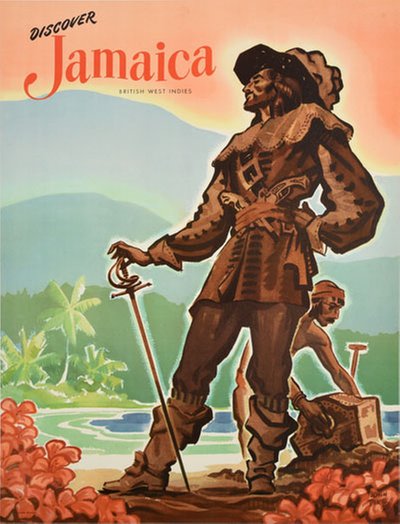 
John Pike did a wonderful job when designing this poster to promote Jamacia and British West Indies.  Almost like a scene from the "Pirates of the caribbean". A pirate is standing on a beautiful beach while a crew member are burring a treasure chest.

Jamacia was originally inhabited by the indigenous Arawak and Taíno peoples, the island came under Spanish rule following the arrival of Christopher Columbus in 1494. The island remained a possession of Spain until 1655, when England conquered it and renamed it Jamaica.

John Pike studied at the Cape Cod School of Art, then moved to Jamaica in 1933, where he lived for five years.

This is an Original Vintage Poster. It is not a reproduction.
Price:
USD$ 995 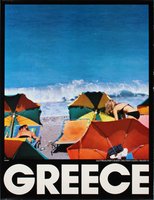