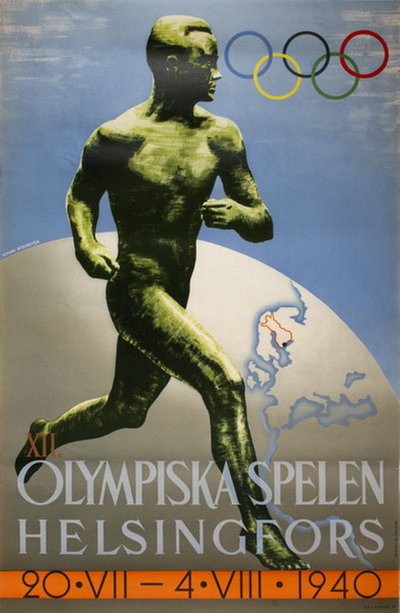 
A wonderful and very rare original poster for the cancelled 1940 Xvth Olympic Games in Helsinki, Finland. The games was never held due to the WWII outbreak.

This is in the original Swedish language "Olympiska Spelen".

This is an Authentic Original Vintage Poster from its time. It's not a new reproduction.
Price:
USD$ 2,100