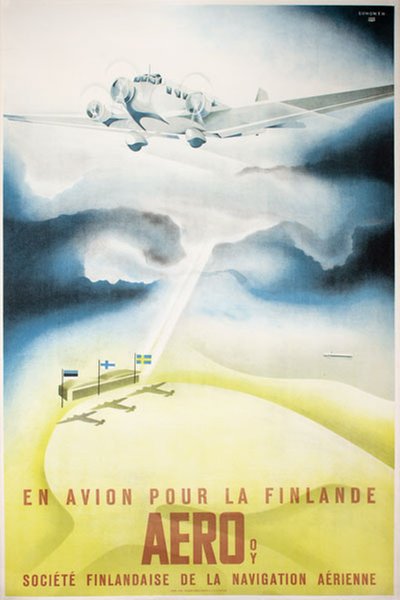 The first flight connection between Tallinn in Estonia and Helsinki was established on 29 June 1923. This was the start of the Aero airline, which later became Finnair.

The Junkers Ju 52 (nicknamed Tante Ju ('Auntie Ju') and Iron Annie) was a German trimotor transport aircraft manufactured from 1932 to 1945. In both civilian and military service during the 1930s and 1940s.

Mounted on linen. This is the French version. 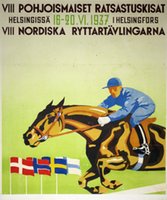