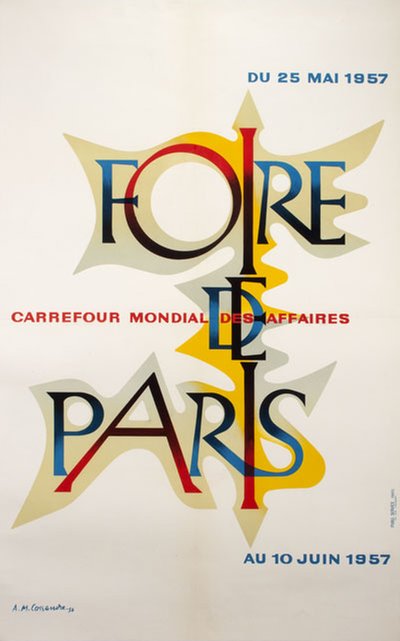 
This is a wonderful original vintage poster issued in 1956 to promote the 1957 Paris Fair (Foire de Paris), a major retail event that has been held annually in Paris since 1904. For the first time, the exhibition is open in the evening. In the same year, as a side event to the Foire de Paris, the “Antique Dealers’ Fair” is held at the Grand Palais.

The poster is designed by Cassandre, one of the great poster designers of the 20th century. His real name was Adolphe Mouron. Born in the Ukraine in 1901, his family were forced to migrate to Paris due to the hostile political climate.

Mounted on linen. In excellent condition.

This is an Authentic Original Vintage Poster from its time. It's not a new reproduction.
Price:
USD$ 875