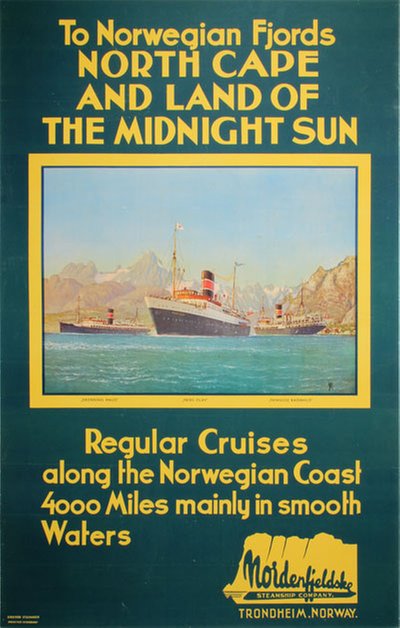 DS Prins Olav earlier known as HMY Alexandra was a steamship built as a British royal yacht, completed in 1908. Normally transporting Britain's royal family to European ports, Alexandra served as a hospital ship during the First World War. After 17 years of British service, she was sold to NFDS in 1925. DS "Prince Olav" was sunk by German bombers in July 1940.

Text: To Norwegian Fjords North Cape and land of the Midnight sun - Regular Cruises along the Norwegian Coast - 4000 Miles mainly in smooth Waters

This is an Authentic Original Vintage Poster from its time. It's not a new reproduction.
Price:
USD$ 3,950