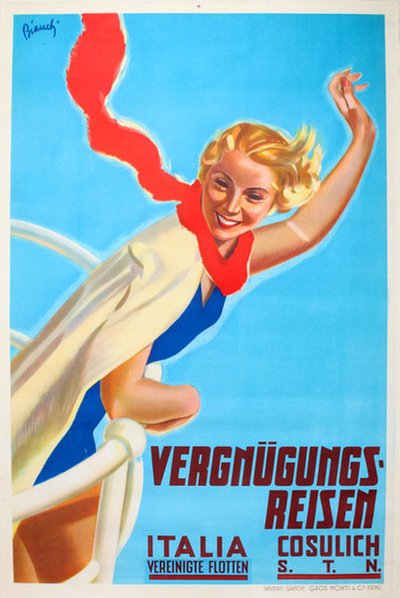 The “Società Italia di Navigazione”, better known internationally as the Italian Line, began operations in 1932 and, for many years, remained one of the leading companies linking Europe with the Americas. Some of the most renowned and celebrated liners in the World sailed under its flag:

Austro-Americana, also known as Unione Austriaca after the Cosulich brothers bought an interest in the line in 1903,
was based in Trieste in Austria-Hungary. When that empire was dissolved after WW1 and Trieste became a part of Italy,
Austro-Americana was reorganized as Cosulich Line, which was merged into Italian Line in 1937.

This is an Original Vintage Poster. It is not a reproduction.
Price:
USD$ 1,550
Buy now
Other currencies: