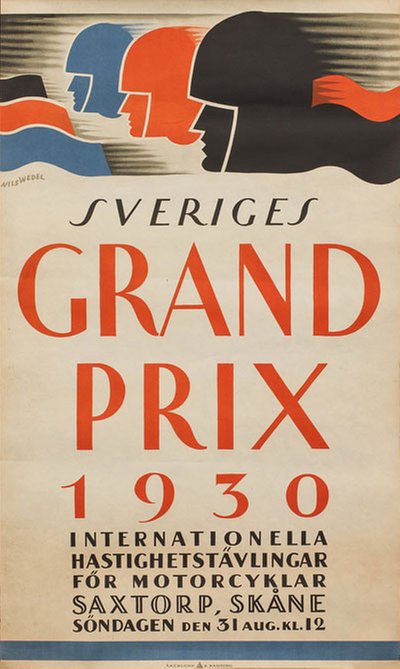 Wedel was a Swedish painter, illustrator, graphic designer, monument artist, teacher and art critic. Wedel studied in Gothenburg, and in 1921 at the Académie Moderne in Paris.

A new racing era began in 1930 when the Swedish Grand Prix was introduced for motorcycle competition. In the little village of Saxtorp in southern Sweden, more people than had ever before was gathered to witnessed two-wheel racing.

Tetra Pak, which was founded in 1951 as a subsidiary to Åkerlund & Rausing, the printer of this poster.

A wonderful poster that would stand out hanging on the wall. A conversation piece!