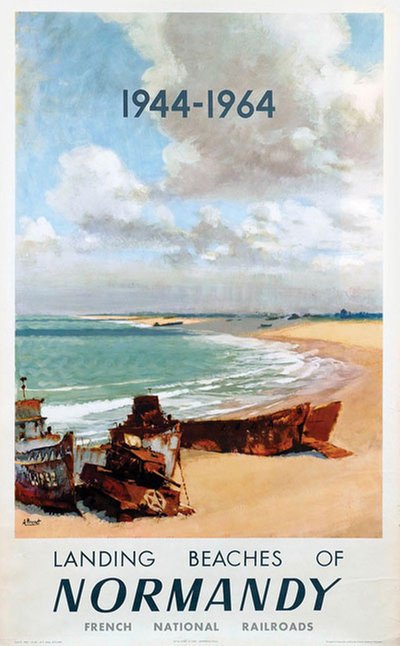 
This is a rare original authentic poster designed by Albert Brenet depicting the beaches of Normandy with the remains of allied landing craft from June 6, 1944.

“On 6 June 1944 the Western Allies landed in northern France, opening the long-awaited “Second Front” against Adolf Hitler’s Germany. Though they had been fighting in mainland Italy for some nine months, the Normandy invasion was in a strategically more important region, setting the stage to drive the Germans from France and ultimately destroy the National Socialist regime.

Upper right corner is missing and has been replaced with a paper backing. Would look good framed.

This is an Authentic Original Vintage Poster from its time. It's not a new reproduction.
Price:
USD$ 595