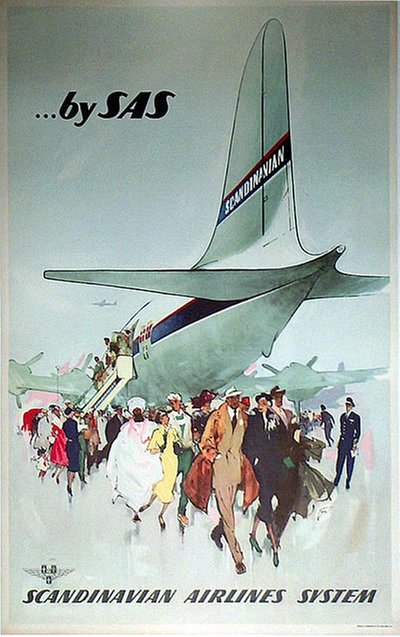 
This is a magnificent original vintage airline poster issued by SAS in 1946. SAS Scandinavian Airlines System was founded on 1 August 1946 as a result of a cooperation agreement between the three Scandinavian airlines Svensk Interkontinental Lufttrafik AB, Det Danske Luftfartselskab and Det Norske Luftfartselskap.

In great condition backed on linen.

This is an Authentic Original Vintage Poster from its time. It's not a new reproduction.
Price:
USD$ 1,250